This series of (some of) my favourite under-valued movies begins here. 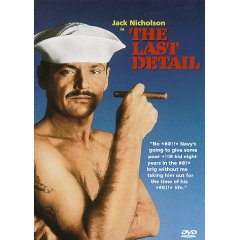 I haven’t yet met a male of the species who has seen this movie and doesn’t think it’s anything short of a masterpiece.

After viewing, Mrs. Rumm said “yeah it’s alright, but there’s no women in it.” She’s wrong in that, but in essence she’s right. It’s all about the men.

Still, do all stories have to involve a woman? I’m sure there are some perfectly good tales involving mostly women. I might even think of one and mention it here shortly. This one happens to be about some men.

A young sailor is being taken to prison by two MPs, one of whom is played by Jack Nicholson. The banter between them (written by Robert “Chinatown, Shampoo & others” Towne) and their whole outlook on life & living, goals & ambitions is all male. That’s not to say it’s stereotypical bravura-male or over-the-top dumb bullheadedness, but somehow it gets to the heart of manness without ramming it through the other side. Nor does it need to go over the top. It is pretty x-rated language if you’re sensitive to that kind of thing though.

Hal Ashby made a number of classic near-perfect films. This is one of them.
Even Randy Quaid is excellent in it. No really!

*STOP THE LIGHTS*: I have now met one man who doesn’t like this film. He found it dated and unnecessarily coarse. Must say I disagree with both issues, but just thought I’d pop that in for balance. 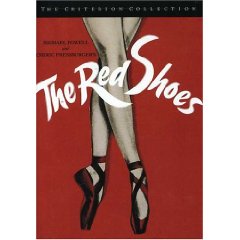 One for the men above. Perhaps one for the women here. Then again, what the hell do I know? I’m a man and I love this film. I think every woman should see The Last Detail and everyone should see The Red Shoes too.

Yes it involves ballet. Yes there is a 20 minute unbroken ballet in the middle of it. No I’ve never been to a ballet nor felt the urge.

But it’s not about ballet, in my view. It’s about art -and what it means to create art -and to live for art -and needing to be a part of it -and being in the thick of it -and being unable and unwilling to think of a life without it.

The Red Shoes oozes class, but it’s not stuffy. Much of its cinematography especially is very daring. Tricks are played with the camera and with certain scene setups that would make you sit up and take notice if it had been made in 2009. Not to show off, but to convey thoughts and emotions and ideas beyond what can (or should) be put into words. Its deep colour is like a warm duck-down duvet you want to wrap around you and dissolve into forever.

But again, it’s not all artsy and grand -yes, certain characters are cold and distant, but this is merely the result of the life they lead… or the life they lead is a result of their one-track-mind.
Art is Life/ Life is Art. If it is any other way for you, then that rule does not apply and you do not belong here.

It’s not exactly a love story, but a passion story. That passion has nothing to do with ballet in particular so much as Art in general. If you have a passion (or once had a passion) beyond the physical or material, you will fall in love with this movie and perhaps inspire you onward and upward.

The King of Comedy 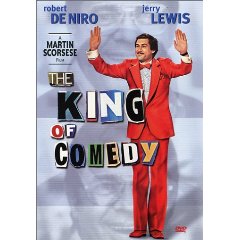 I always think of The King of Comedy right after thinking of The Red Shoes (and vice versa). The two are forever linked for me. Maybe it’s because I first saw them around the same time (early/ mid eighties?). I honestly don’t remember.

But I like to think Rupert Pupkin is desperately trying to get into the world occupied by those people in The Red Shoes. He feels he belongs there. Nothing else matters to him except his art -which in this case is “comedy”. He lives for it. Or at least he wants to live for it. And live from it. And he passionately believes he can and should and needs to.

He can’t get a toe in the door, however. He’s too old to start at the bottom. He needs that one shot at the top and he’s willing to do drastic things, such as kidnapping, to get it.

Is he delusional? Is he psychotic? Is he really awful? Is it possible he can pull it off? Should he be allowed get away with it if he could?

I love this film for all of the above reasons, but also because it doesn’t go for the easy or pat answers. It’ll keep you thinking to the end and beyond. Then you’ll want to watch it again and you’ll find new things.

…New things such as, for instance… Remember Maury in Goodfellas? He’s the guy who sold wigs. He played some part in a robbery, then kept nagging for his cut until he was offed in a car. Well that guy has a cameo in King of Comedy… There’s a restaurant scene where Rupert has a date. ‘Maury’ is sitting behind him, briefly mimicking De Niro.

Here, I found it on youtube. We see ‘Maury’ in the background at the start. He comes back from the toilet or wherever, then he does his mimicking towards the end of the scene, before he leaves.
Have  a look…

Did you see him?

For me, if there is a point in this, it’s that this guy is “on the outside” and is trying to force an image of himself onto those in this “world of the movie”. He wants to be IN like Rupert wants in.

I guess it could also be some kind of outtake where Scorcese later felt De Niro made a better performance and hoped nobody would notice the guy looking at the camera in the background.

I prefer my take on it though. He’s not just looking, he’s playing to the camera -and the earlier shots of him only appear to be setting him up to doing so.

Scorsese hasn’t been thinking this outside-the-box in years and years. He should get back outside that box pronto in my view. He has been going a bit stale this past 10 years or so if you ask me. (…Of course nobody ever asks me, but if they did they’d know a thing or two I tell ya!)

One Night At McCool’s 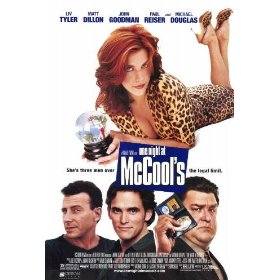 I’ve never understood how this movie wasn’t a massive hit. It has so many hilarious threads that all come together perfectly it’s almost not even funny how funny it is.

Again, it could come down to the male-female thing, since we’re talking about it above. I’ve seen men criticise it for saying all men are dumb and their brains are in their underpants (these are the ones who don’t find Liv Tyler attractive.. !).
I’ve seen women criticise it for perpetuating the notion that women are evil, manipulative, conniving little vixens.

I don’t believe either is a valid criticism of this movie. I also do believe at least a nugget of truth can exist in both -which is what makes One Night At McCool’s so funny. 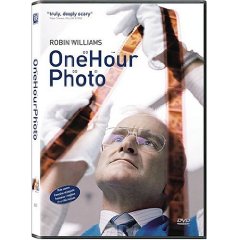 One Hour Photo is one of those movies that is hard to say much about without spoiling. I’ll only say, I don’t like serial-killer type movies (as I said in a previous post in this series), but this film does not fall into that hole in any way, shape or form.

It’s a movie about loneliness and idolatry and far away hills being green. It’s also a movie about faith and what happens when belief in a particular notion is cracked open. Anything can happen.

Robin Williams, alas, has become a kind of caricature. It’s hard to see him in a film without sighing at his no-longer-funny outbursts and twee pursing of his lips. But rejoice, for Robin Williams is nowhere to be seen in One Hour Photo! It’s like a different person. There is no likeable movie star on show. The man on show in this movie is like a blank canvas whose actions are beautifully portrayed by the guy who used to be in Mork and Mindy believe it or not!

We never know what’s in his head or where he has been.

Around the same time as this movie came out, Williams played a kind of similar role in another movie, Insomnia. I really liked his performance in that too, but I’ll have to watch it again before mentioning it here, so you could do worse than have a quality night in with Robin Williams ( ! ) by renting/ buying/ downloading these two films. If you haven’t seen One Hour Photo in particular you will find yourself re-evaluating everything you ever thought you ever knew about him.