In this digital age, many people have long since ripped any CDs they have onto their computer/ portable player, then buried their music pile behind the couch or in the attic.

Vinyl albums are making a comeback as people once again appreciate the emotional response that comes from holding a large interactive, holdable, foldable, readable, viewable work of Art (never mind the more controversial matter of what sounds better).

Vinyl album sleeves and cases are can be beautiful. These have always had a value separate to the quality of the music that lies within.

Unfortunately, CDs never had this. In the quest for slimline, stark, neat and efficient reduction, much was lost. Sleeve artwork on the whole became a necessary byproduct, a utilitarian descriptor rather than a thing of beauty in and of itself.

As a result, CDs and CD cases are small, characterless and unloved.

As a result, these CDs are now mostly hidden -out of sight- behind the couch or clogging up the attic.

But I’ve found a nice use for them (well, for those nicer sleeves at least): 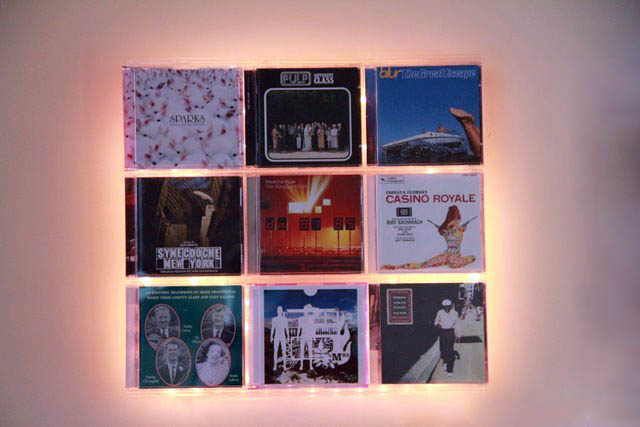 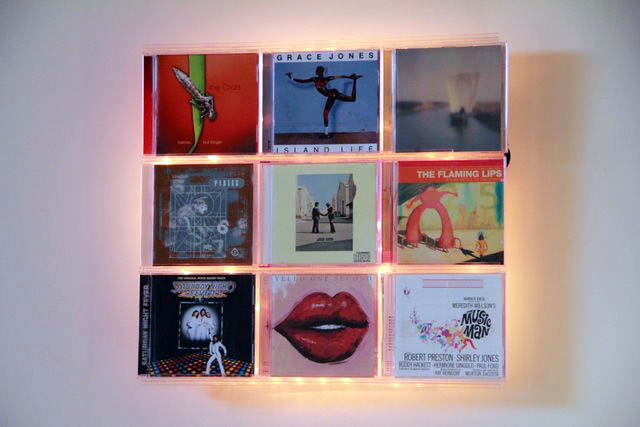 It’s just some LED Christmas lighting wrapped in circles and stuck onto a plastic front that holds some CDS. I designed them and asked Tom Deevy at T&T Shopfitters (Cork) to make the ‘racks’.

I can’t claim credit for the bits in-between though. 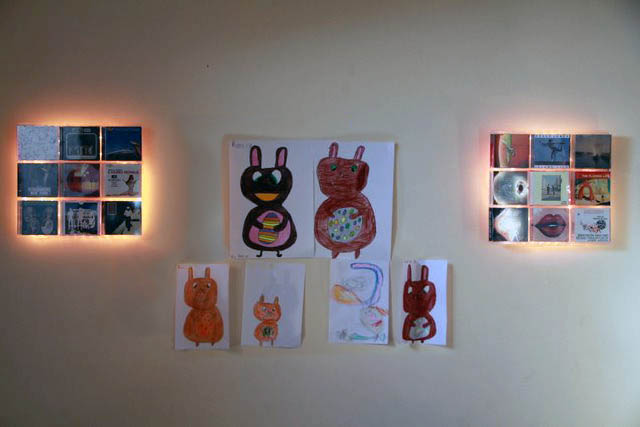 Depending on mood or the latest colour scheme on the wall (ya right), the CDs can be swapped out and replaced. Or even taken out and played if such a drastic notion occurred to you.

I read and re-read the email sent to me by the organisers of the Your Country Your Call competition, trying to figure out what it was saying. Maybe I was too excited to concentrate on the multiple paragraphs.

.
It read like a kiss-off/ thanks-and-tough-luck email, but I couldn’t find where it was actually stating that.

.
…Then I spotted it on my third-time round. Why these people don’t put “Dear Sir/Madam, You didn’t make it” as their first line instead of burying it in side-mouthed form-letter compliments I’ll never ever know. 🙁

(It reminds me of people in a cinema opening a packet of popcorn slowly instead of quickly out of misplaced, pathetic sympathy.)

.
The list of semi-finalists is posted here and mine isnt’ on there. Aww. 🙁

Best of luck to the winner I say, but at a glance at least, it looks to me like the same old “corporate vested interest” notions that crop up time and again rather than a proper decent, simple, original thought.
.
“Ireland should be a hub for online gaming” …Now why didn’t I think of that??
.

“Green Ireland – a new brand for developing Irish Food and Tourism” …wow this is cutting-edge this is!

.
“YEATS INSTITUTE OF LANGUAGE AND CULTURE” -well we must make it look like we at least give a damn about these things I suppose.
.
Shoulda known. 🙁

Now, I realise good ideas can sometimes come across as ridiculous or ill-considered when given a quick description, so there’s a possibility some or all of the above aren’t as stoopid and uninventive as they look.

With that in mind, I’m not going to divulge my grand idea in a 1-line descriptor, but if anyone is interested you can read my proposal in full here.