THE PROBLEM: The Irish house of Parliament (the Dáil) is in a mess. There’s a massive job ahead to be done, but time and again politicians are voted into power based on their ability to bring investment or at least a little positive attention to their local area, rather than having an ability to face or tackle the national problems of the country.

“He may not be able to renegotiate a deal with Brussels, but he’ll make sure the road outside my house looks alright.”

THE SOLUTION: Nobody should be allowed vote for their own ministers.

Existing political approaches and constructs such as “clinics” should be allowed continue as before, but not in the voting areas -rather in the area in which the politician has been elected to represent. (eg. a Louth TD should live in Louth and not be allowed have a clinic in Galway.)

a) Nobody can think only of himself/herself when voting for a candidate since the person who gets in will not be responsible for “the road outside my house”.

b) Everyone will consider the national interest when voting.

c) Candidates will run with a national-interest mindset and agenda.

What’s good for the country will ultimately trickle down to local rights, rules and regulations.

OF COURSE THIS WON’T BE ADOPTED BECAUSE: Irish people have voted for the same political party since ever. Even now they are set to vote back in their local Fianna Fáil (or any other “established” party candidate) because “he’s not one of them fellas who made the mess -an’ didn’t he turn up to Johnny’s funeral last November on a rainy day!”

“Political Reform” to any of these people means a token reduction in expenses and perhaps removing automatic rights for some TDs to a state car & driver.

Same ole wankers will get back in, even if some of them have different faces. Same ole crap will be the result. Nothing will change except the people of Ireland slouch their shoulders and prepare for a hundred years of hardship. 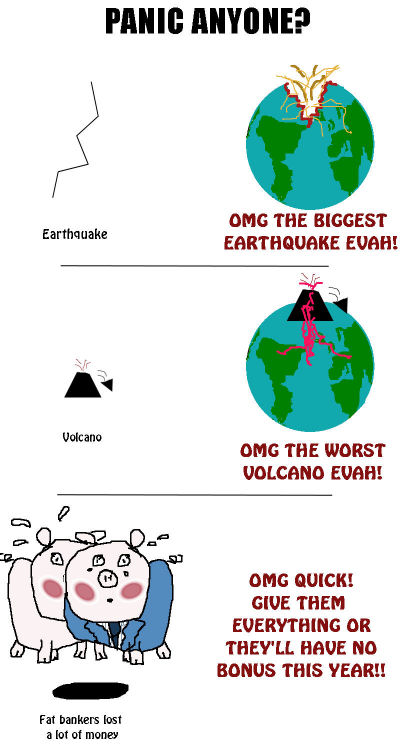