Picture the scene: Sunday morning -enjoying a dozy rest in the comfort of my own bed, while the children play and fight noisily with each other downstairs, I casually look up to the light straining through the window.

Who do I see there, peering through his camera lens?
Why, it’s only the greatest film director of all time (in my opinion), Mr. Stanley Kubrick himself!

Here’s Stanley on the set of The Shining (I think)… 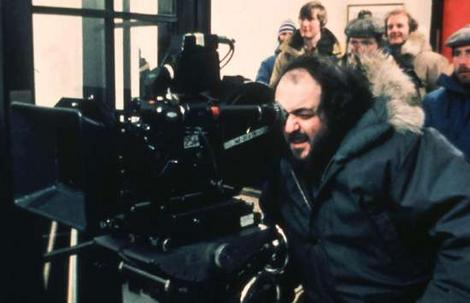 Here is the same image, with nothing added but brightness…

Ok, Mr. Kubrick would likely disembowel me for “making do” with such a shaky photograph, but it had to be taken without a flash in order to capture the light. And my tripod hadn’t come back from the cleaners, so this will just have to suffice.

Now, I’m not a nut (obviously us big-nuts can say this with authority), but I’ve seen photos of Jesus in a paella and the Queen of England in a fried egg. Mahatma Gandhi was once spotted in a temporary fold of bed-linen, so… well… ok, you win, I’m a nut.

ichorwhip from the alt.movies.kubrick newsgroup has been in touch and tells me “I literally see the pattern you are talking about and have taken the liberty of contrasting and lightening the background while superimposing a partially transparent image of the the subject one Kubrick over the area in observance. ” 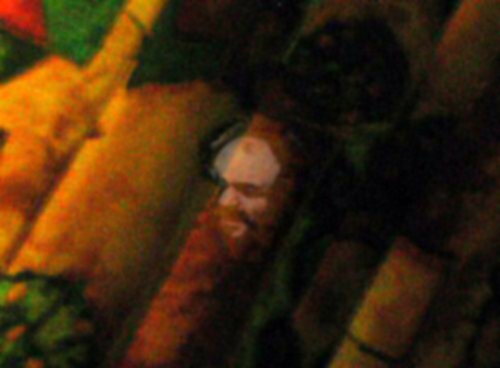 As I said… this one IS modified. The one above this is not.

But ichorwhip had more for me!

He says “My brother seemed to think it looked more like Lenin although he is not a card carrying member or anything… Anyway, I did a Lenin shot too just for shits and giggles.” 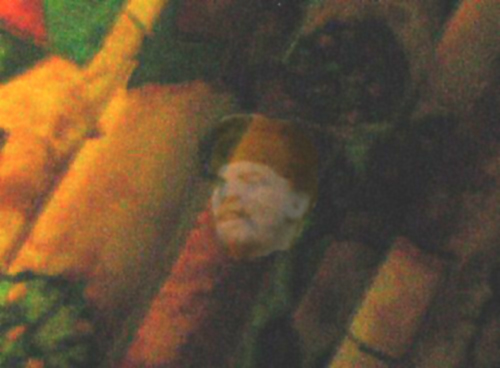 So there you have it. The people have spoken. Make of it what you will.

4 thoughts on “THING -STANLEY KUBRICK IN MY CURTAINS!”